Foreign investments are categorized by type for doing business in Korea.

Mostly, foreigners can start Korean business by acquiring new or existing stocks, or by establishing a Korean branch or liaison office in Korea. Governing laws are different for the cases.

As we noted a previous blog post, an FDI company is established with a foreigner’s investment of no less than KRW 100 million, and once recognized as a FDI, it is considered as a domestic (tax resident) company in Korea. By the way, a foreigner investing less than KRW 100 million is subject to reporting the notification of stock acquisition as prescribed by the Foreign Exchange Transaction Act. Establishment process is quite similar to a FDI’s, but some benefits not applicable for those company. Main reasons of setting up a FDI is for benefits of getting visas and some incentives which will not applicable for those investment amount less than KRW 100 million. Also, every single investment comes in to Korea is required to be reported to Korean governments. Thus, depending on size of business and the budget, a foreign company sets up initial investment amount to be fit as a FDI. 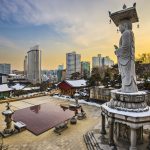 Here, let’s learn differences of a FDI, a branch and a liaison office in Korea.

To learn more about the company establishment, please feel free to contact us!

Our team is dedicated to helping English-speaking clients navigate the world of Korean finance and tax. Let us help you too.

NEED HELP FROM AN EXPERT?

Contact us today and we'll set up a consultation!